Keep in mind that Season 2 ends on January 14 at 10am PST / 7pm CET. Rewards are based on your peak rating and level. For details, check out the Season 3 Announcement.

We’ve also got some exciting news to share: a new team balance patch!

I’d like to introduce Daniel “Dani” as an Engineer and our newest member to join AutoAttack Games.

Dani is a talented, young engineer based out of Germany. He studied Media Technology at the Technology Arts Science TH Köln in Cologne. After working on a number of web development projects, he realized his true passion is video games. In 2018, Dani teamed up with Light Bringer Games to release an indie puzzle game called Inline.

After learning Unity and C#, he aspired to create his own multiplayer tower defense, and during his research, he came across Legion TD 2. Looking to contribute, Dani reached out to the team back in early 2017. Since then, he’s been involved in different aspects of the game, from coding the subreddit’s CSS to moderating the forums to building tools for the team. We’re excited to finally welcome Dani in a more official capacity.

As our second engineer, Dani will be instrumental in helping us release new content and features much faster. In the short run, we’ll be rewriting workflows and refactoring code (lots of additional complexity going from one engineer to two), but it’s clear that this is a giant step in the right direction for the team and Legion TD 2. 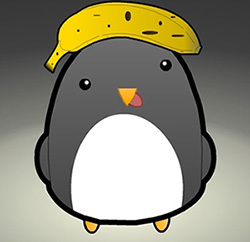 Dani is a private boi, so for now, his picture is just a derpy penguin


Lisk, Curing, and I are thrilled to have Dani join the Legion TD 2 team. Please join us in welcoming him!