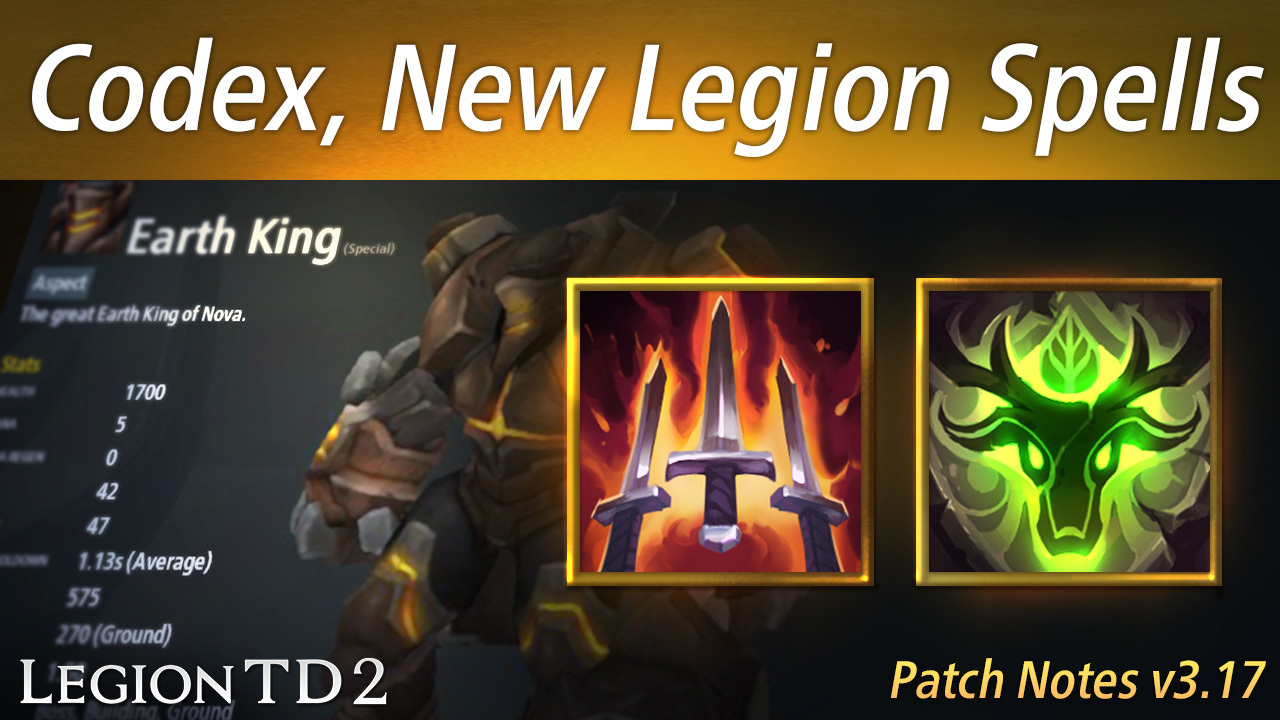 The codex is an in-game tool to view detailed information about units, the king, legion spells, emojis, and text commands. You can open the codex in the lobby or in-game by clicking a unit portrait in the top left.

Protector
- Designates a fighter as a Protector, granting +700 health and Protection Aura: Grants 3 flat damage reduction and 10 health regeneration to nearby allies while the Protector is alive (this is a traditional, old-school aura)

Game modes can be toggled by the host of a custom game: 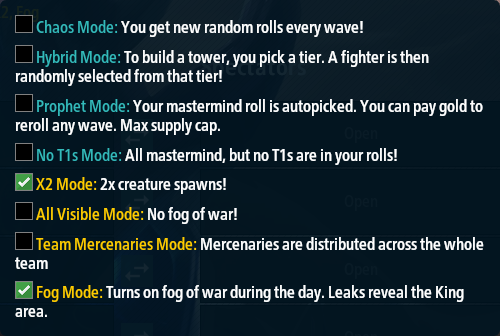 If you’d like to help translate the game, check out LegionTD2.com/translate

Match Canceled Improvements
- Fixed a bug where players weren’t properly penalized for causing a match to be canceled
- Now shows a warning popup for the player who caused the match to be canceled, so it is more clear that their account got penalized
- Now more heavily punishes players who afk/quit/don’t build after rerolling twice in Classic queue (these players usually rage-quit because they didn’t like their rolls)
- In Ranked, now gives +1 rating to all players who stayed (excludes players in the same party as any of the punished players, as well as players rated 2000+ to prevent abuse)

Optimizations
- Slightly improved server performance: optimized buff recalculations to be calculated only once per tick
- Improved client performance while in lobby: terrain & doodads are now hidden after quitting a game

The general goal of this patch is to encourage more offense playstyles and slightly reduce average game time. Because it’s the end of the season, we went somewhat conservative with the changes to nudge things in the right direction. If the changes are positive, we’ll consider more aggressive changes in v4.00.

Compensation for the nerfs to king upgrades. The king is still overall weaker most of the time.

Gargoyle being melee makes it easier to position to properly tank and upgrade to Green Devil. While technically a number nerf, this is effectively a buff in most situations

Weaker early game, but now scales into late game and is less likely to waste the spell against tank mercenaries

Shifting some of Ocean Templar’s power back into late game

In general, games are a bit too defensive and income-heavy, so we’re encouraging more aggressive playstyles with buffs to low-income mercenaries

Buffing late game waves to help games close out before 20