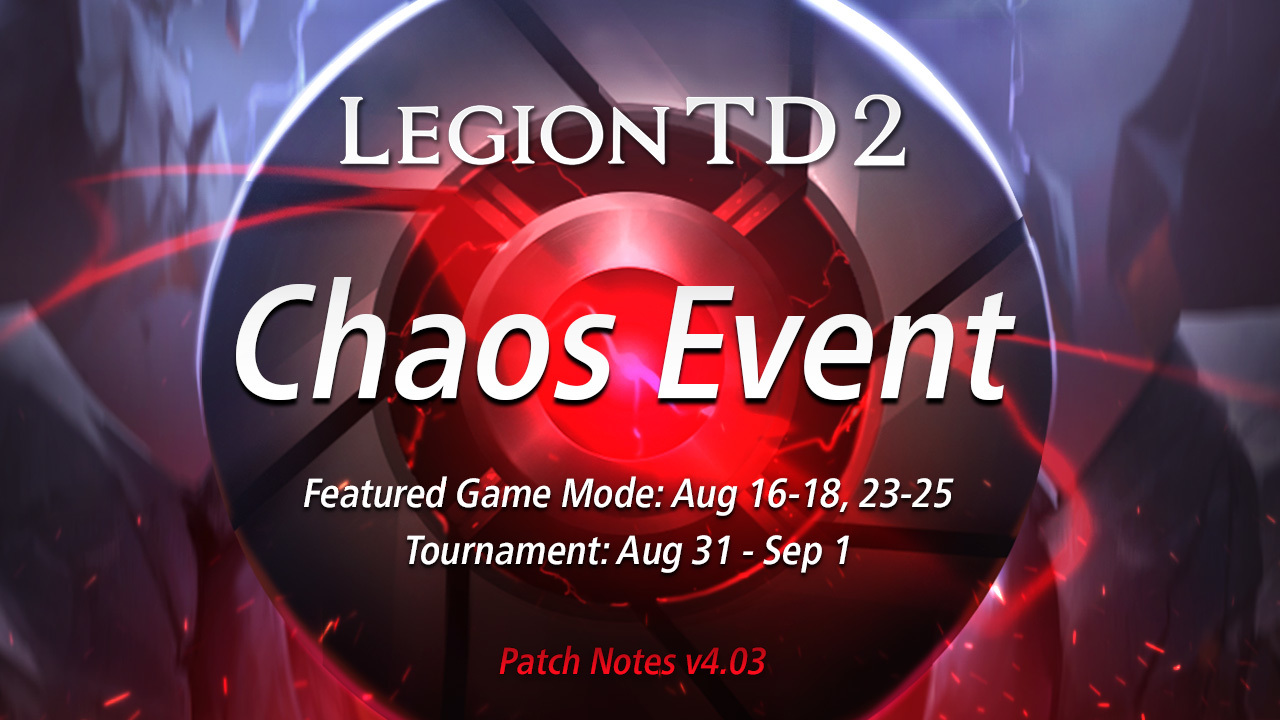 The next featured game mode is 2x Chaos 2v2 with the following rule changes:

The Chaos Cup has just been announced! Sign-up begins as soon as this patch goes live (August 15) and ends on August 30.

Signing up is free, and there are no rating requirements (must be level 4). The first 40 teams to sign up will be guaranteed a spot. The rest will be on a waitlist.

Every player that fully participates without dropping out will be awarded a Mystery Card, which you reveal to get a random collectible card that can also be used as an avatar. 1st, 2nd, & 3rd place will receive an exclusive gold, silver, or bronze in-game badge.

Loading screen
- Improved loading screen stability
- Fixed some issues where a player would crash in the loading screen. Also fixed a case where the game waited too long for a player to finish loading.
- Also, you can now see (D/T/F/Q) player suffixes if they are partied or quit during loading screen

Interface
- Fixed some cases where you would accidentally ping things (alt+click) when you were trying to build (single click).

If you still experience this bug, the usual workaround is to just alt+tab a couple times to reset the alt key sensor.

Main menu
- Fixed a bug where it would always display “New!” next to your profile even if you already viewed all items

Chat
- Chat now only shows recent messages (less than 3 hours old)
- Whispers now stay when switching channels (e.g. when creating a custom game or coming back from a game)
- The chat will now try to recover the connection whenever it disconnects (for example when using a weak wifi signal)
- Other minor chat related bug fixes

Reroll hotkey
- Removed default hotkey for Reroll. Note this will only overwrite for new players; if you want to remove the hotkey yourself, go to Options –> Controls –> find “Reroll” and right click it to unbind.

Tutorial
- Saving mission: Fixed a case where you would be unable to hire a Ghost Knight
- Attack types mission: Improved some tooltips

Play vs. AI
- Play vs. AI bots now get some extra gold/income after wave 10 (does not affect bots that take over for players)

We’re considering design improvements to Ranger and Daphne in the future, but for now, these changes should them more versatile

Kingpin can now get +150 permanent damage

- Insatiable Hunter: Fixed a bug where Maccabeus was gaining 10 health per kill instead of the intended amount of 50