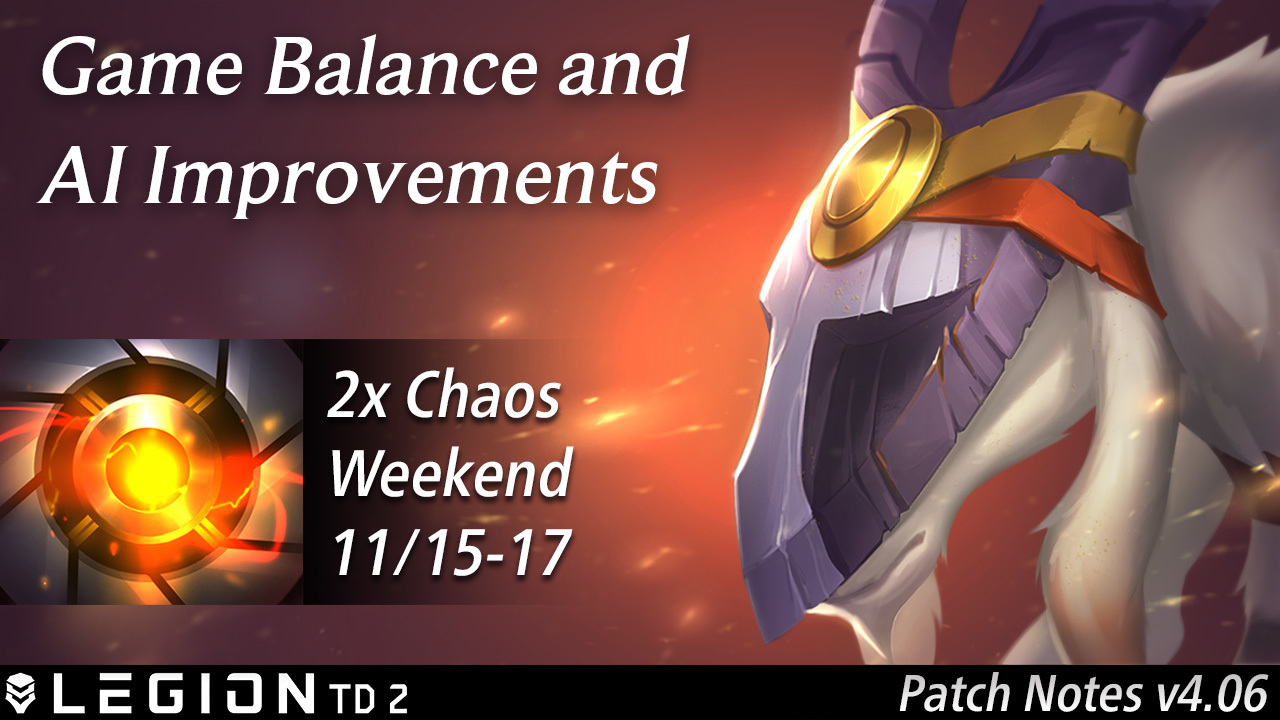 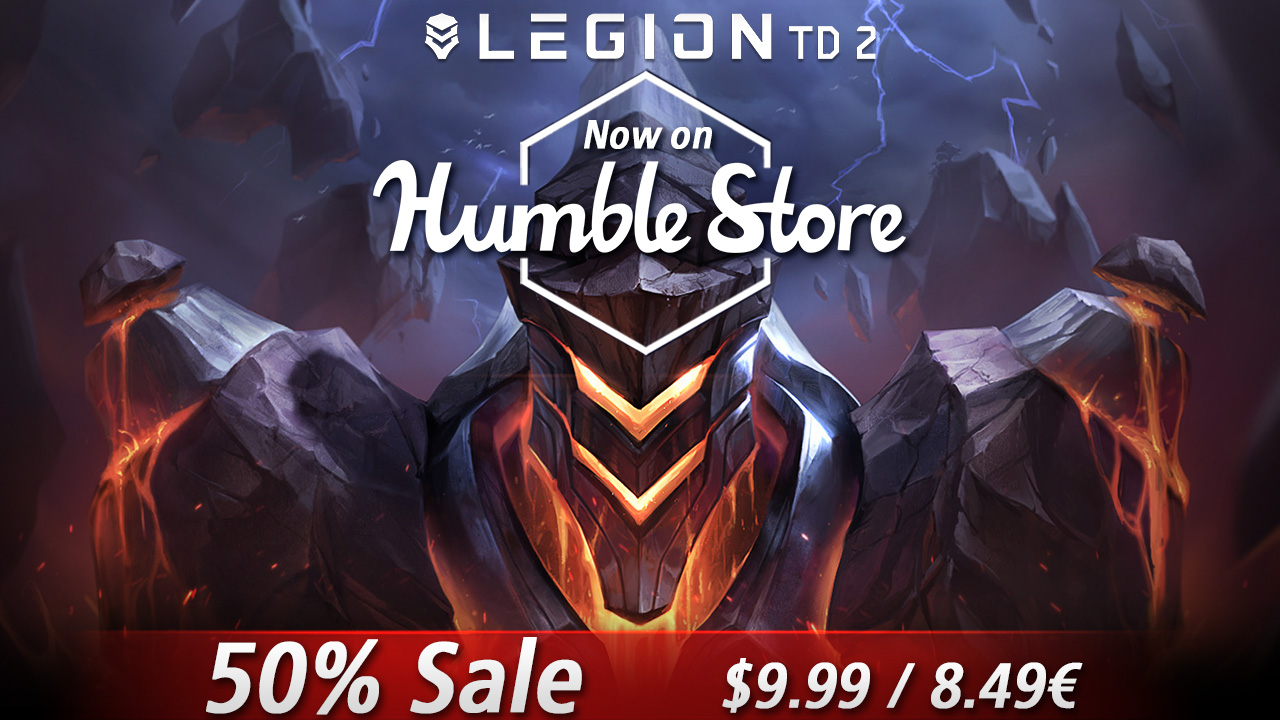 We’re proud to now be partnered with Humble Bundle. An awesome opportunity to introduce the game to a friend. 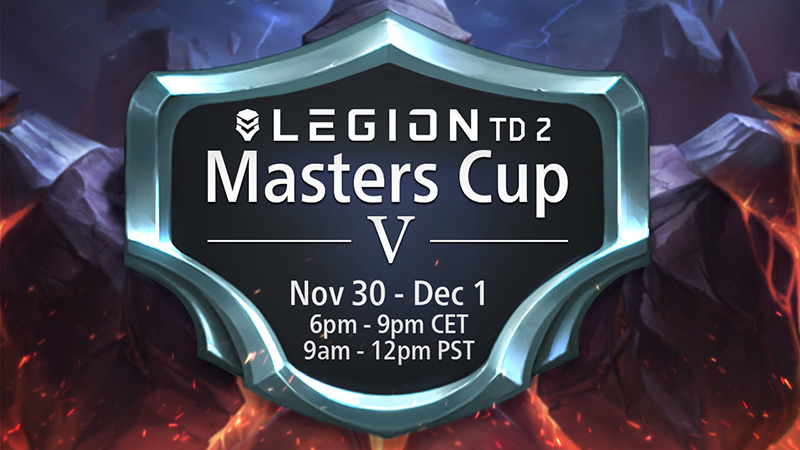 Sign-up for the Masters Cup V is now open! You may sign up as a team or individually. The first 80 players to sign up will be guaranteed a spot; the rest will be on a waitlist. $500 prize pool and badges for winners, and mystery cards for all participants. See the official tournament thread for details. 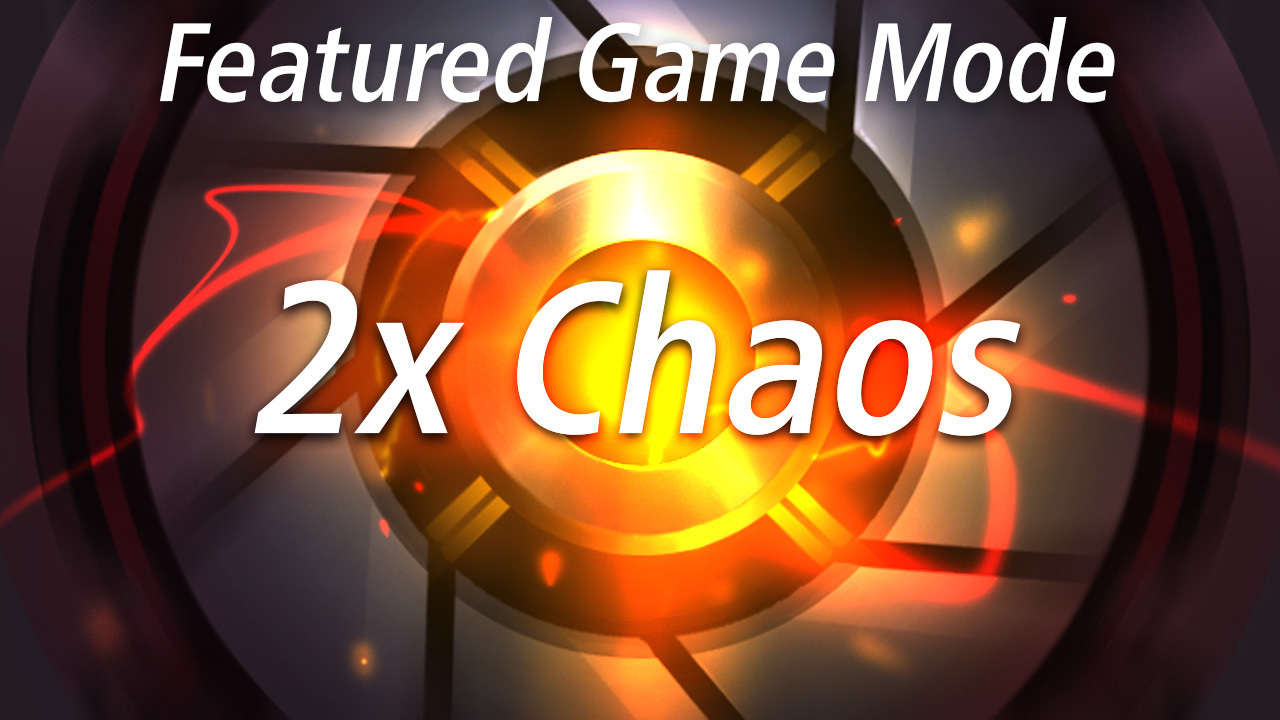 The next featured game mode is 2x Chaos with the following rule changes: 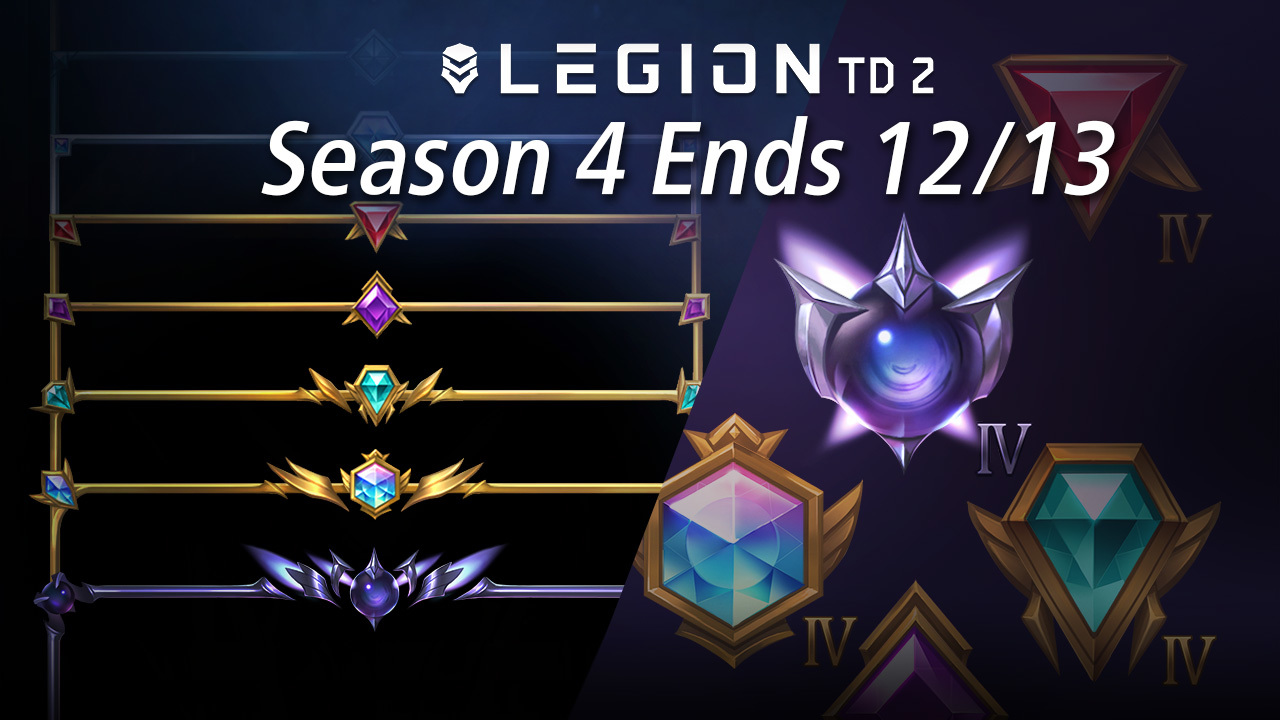 Reminder that season 4 ends in one month. Ranked rewards are based on your peak rating in season 4. You are not penalized for dropping below a tier you already achieved.

Bots
- Now smarter about not undervaluing if they are weak on future waves
- Now smarter about using aura fighters
- Fixed a bug where bots would hire duplicate aura mercenaries if a player pinged them to (now they will limit themselves to one of each aura at most)
- Easy bots (Play vs. AI) are now easier. The AI improvements we’ve been doing made Easy bots too difficult for new players

Post-game stats
- MVP Score: Fixed a bug where it was considering your opponent’s leaks caught % instead of your own
- Clicking the game ID now copies it to the clipboard
- Added a ‘Report player’ button that automatically starts a Report Player forum thread with the game ID and player name

The best way to report a player is in-game via the tab scoreboard. This gives much more accurate data compared to reporting after the game. So this change is mainly a QoL feature if you forgot to report in-game.

Chat
- Improved stability, implemented auto-reconnect, and added monitoring so we can quickly tell if issues are widespread

Data tracking
- We are now tracking data on “suicide” strategies, where one player doesn’t build, to evaluate if it’s a problem (particularly in lower-rated games)

We’re intentionally keeping the balance changes light to avoid over-disrupting the game before the season end.

This patch, we’re sharing balance data. Let us know if you like that approach.

First, some context:
- We strive to make the game fun for all players but generally balance around high-rated games
- Data is important, but it doesn’t tell the whole story. There’s a lot we consider in the background.
- For fighters, two important pieces are data are pick rate and win rate
-- Pick rate is the probability a player picks a fighter, given it’s in their roll. High pick rate can mean new or fun, but it often means high versatility and power, especially among competitive players who are playing to win. The average pick rate of a fighter is 60% (6 picks out of 10 rolls).
-- Win rate is the probability a player wins, given they picked a fighter. The average win rate of a fighter is 50%.

Now perfectly 2-shots wave 3, which should open up Green Devil as a viable opening

Leviathan isn’t weak, but giving it a more powerful aura makes it more interesting and gives it a stronger identity