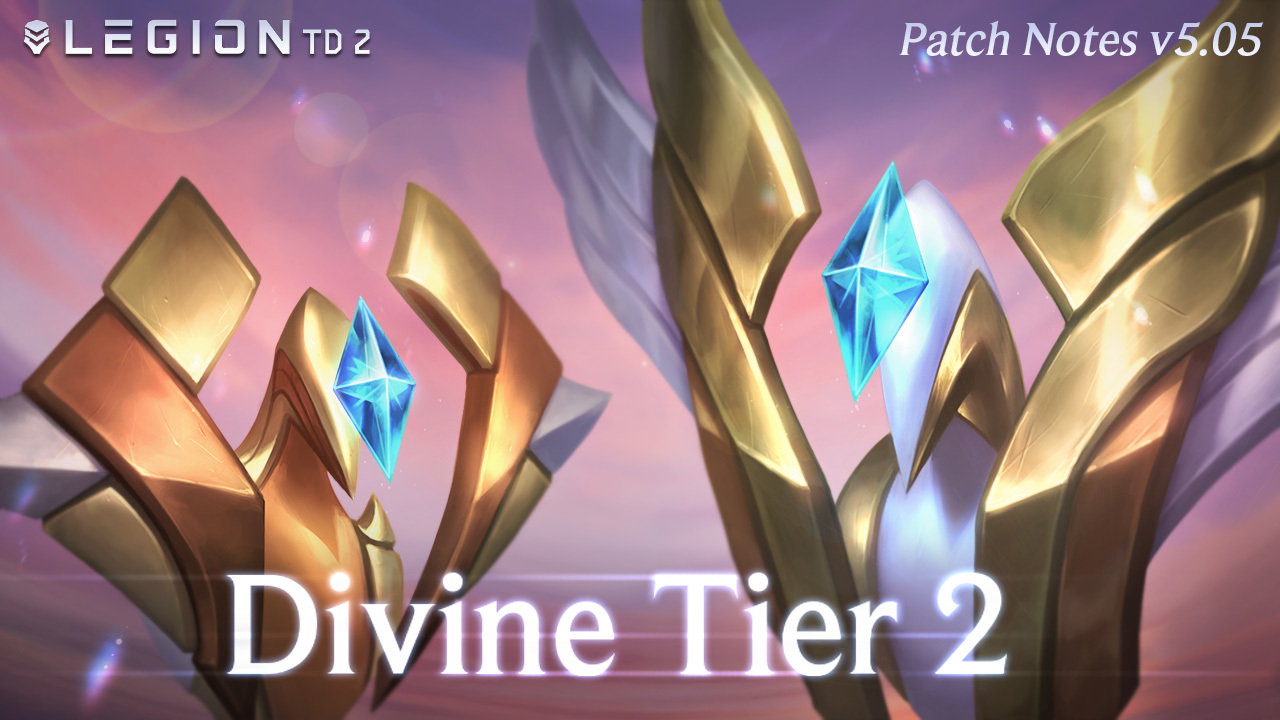 Known Telekom Login Issues There is a known issue preventing some players from logging in, primarily Telekom users. These networking problems are widespread and may affect many games and services. If this affects you, please use a VPN or log in during lower traffic times. Call or create a support ticket with Telekom and explain the issue. The more players that do this, the better. We’re doing everything in our power to expedite a solution with Telekom.

- You can now mouseover tower icons in tab to see unit stats, kill count, and buffs
- You can now right-click a player’s name in Global Chat to interact with them

Matchmaking & Ratings
- Duo rating penalty increased when the higher-rated player is 2200+ if the two players are different ratings. It is now impossible to smurf boost past 2200. If the two players are <2200 or if they are the same or very similar rating (e.g. 2300 and 2315), there is no change.

In an ideal world, we could have perfectly fair duo penalties; however, it’s impossible to reliably differentiate between a real player and a smurf. To prevent smurf boosting to the top of the ladder, we have to ramp up duo penalties or disable duoing past 2200. We’ve opted for the former.

Friends List
- Fixed some cases where Friends List wouldn’t show up (more common for players with larger friends lists)
- Added a “Refresh Friends” button (should generally be not needed, but might help fix rare cases where it still doesn’t load)

FairPlay
- Fixed a minor bug where [R] wasn’t showing up in some disconnection cases where it should have (but they were, in fact, being evaluated the whole time)

Spectator Mode
- Can now see Mercenaries Received messages (with icons), in addition to the usual “Received 20/20/20/20” style messages
- Disabled scoreboard icons changing colors when low health
- Fixed a bug where “Your team gained from enemy leaks” gold was showing up as 0

4v4
- New mechanic: the Equalizer
-- Only in 4v4, when your team receives gold due to the enemy team leaking, the gold now goes to the poorest player on your team, rather than split among the whole team. The poorest player is calculated at the start of each wave and determined through a combination of net worth, mythium, and income. All other forms of gold gain, including pillage from damaging the enemy king, are unchanged

The goal of this mechanic is to help players that get behind. It is a catchup mechanic for individual players on a team, not a catchup mechanic for a losing team. Especially in Classic, which has significant skill discrepancies and many new players, we often see one player on each team hard-leaking most mid and late game waves with no hope to recover. The goal is not to make everyone the exact same power level, but to slightly even the playing field. Good players who clear waves and push workers efficiently will still be rewarded and stronger than their teammates.

To start with a tier 6 on wave 1, you must now roll and sell at least one of the following combinations:
- 1 Nekomata/Ranger and 1 Peewee/Masked Spirit
- 2 Nekomatas/Rangers
- 3 Peewees/Masked Spirits

Violet remains one of the best units in the game with both a high win rate and pick rate. This change nerfs its late game, while allowing it to remain as a viable opening

Ocean Templar was only good with Canopie or Desert Pilgrim stacking. This change increases its versatility.